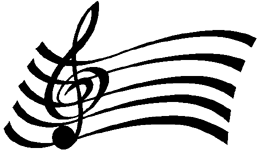 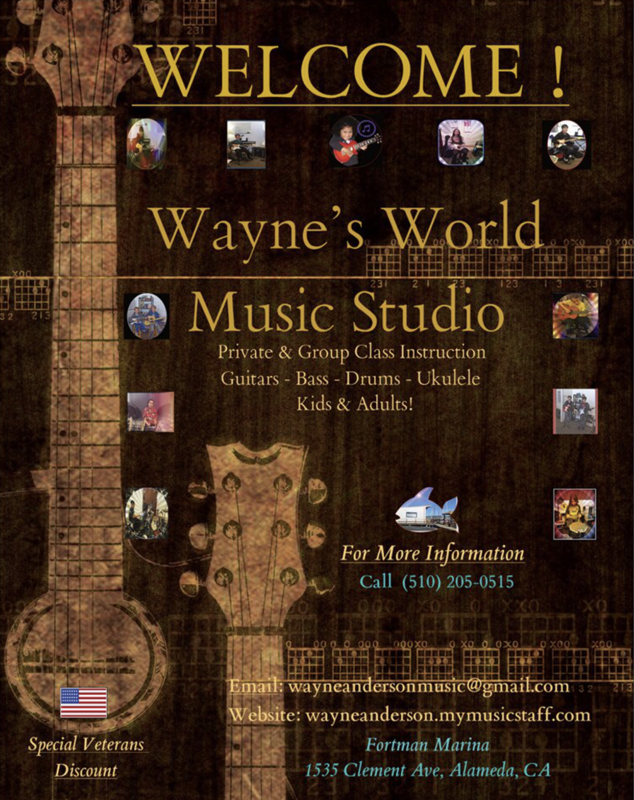 When it comes to music lessons for our children naturally we want our kids to succeeding in learning and benefit from each every lesson take. But often is the case a a child begins weekly music lessons and not to far down the road the parent(s) find that getting them to practice is becoming a chore that over time will ware them out and the with the child becoming having a tough time getting the most out of their music lessons. Now, lets presume you have found a good if not great music instructor for you child to take music lesson from... so what comes next? How do you keep your child and you from getting unmotivated to point that they or you want to quit all together. .... with taking music lessons from a competent music instructor. In my over 20 years of private and group music instruction I have spoke with numorus adults that had music lesson as a child only to quit after a couple or a few years after starting lessons.   a couple suggestions that will keep your child in the music game but more importantly in the game of not quitting after a certain period.... things in life. As a log time professional music instructor I have found that keeping students at my studio and motivated to practice and ultimately get him or her to stick with playing music starts way before you seek out a music teacher for lessons. Here’s why:
1. Set Goals
2. Make a Commitment for a certain Period of time
3. Keep a regular Practice Time
4. Understanding that Young Children and Daily Practice
5. Play Something For Mom & Dad
6. Bribe your kid with$??

One thing about playing -and learning - jazz/improvised music is that you’ll never stop learning something new about communicating music yourself and those nearest to you. Pursuing a desire to studying Jazz guitar needless to say is a journey of trials error. And as I was once told listening to music is just as important as playing. I did pretty much everything I could to wrap my ears around all the greats in Jazz. Didn’t matter what instrument... I just wanted to hear great jazz music at its best. But really even though I was practicing bebop elements and it vernacular I still couldn’t hang with all the fast moving changes standards, tunes like Donna Lee or Cherokee. However I came realize bebop changes weren’t born overnight. I mean, they had roots, right? Be it The Swing era Big Bands, New Orleans Second line.... And how can we forget the rural blues; singers leading the way, Bessie Smith, Ma Rainy and what about guitarist .... Looking to understand our history with W.C Handy, Jelly Roll Morton, Colman Hawkins, James P. Johnson -and that’s just the tip of the iceberg. But there is one thing that’s wasn’t out of arms reach, Was some blues based jazz guitarist legends: Kenny Burrell, Grant Green, Wes Montgomery...Freddie Greens.. Foundational note structure which is present in all virtually all players that which lays the the harmonic ground work to build your improvisations and grow your vocabulary, your “chops”. I guess I at my heart I a bluesy kind-a jazz guitarist whom is looking for the opportunity to add something to my ever growing bebop lines. All of this lead to the guitar playing of Jim Hall, Joe Pass, Jamey Rainey.

Less is More
In basic chord construction theory, the 3rds & 7ths of a given chord are generally speaking the most important note with the least amount of effort for the outline of the desired chord sound, it simply tells us what the main ingredients of given are. For example., a C major 7th chord takes its notes from the C Major scale C,D,E,F,G,A,B,C. Now, starting on the 1st note (C) of the scale -circle every other note (remember to start from C ). The Will give a te four notes of a C Major 7 chord; C , E, G, B = 1st, 3rd, 5th and 7th notes of the scale. If you call this an Arpeggio -or chord laid on its side played one at a time instead of notated vertically at the same time. Try playing through the four notes on the piano or guitar and their you go! You just built C Major7th chord and its arpeggio. Now take the 3rd and the 7th notes of the arpeggiated chord and you’ll have the glue that will hold a bunch of chords together as well as one of the strongest movements in western harmony.

Check out Jim Hall on the Duo with bassist Ron Carter. is very familiar with 3rd and 7th playing through jazz chord changes; a lyrical player

​Playing with with Piano players or large groups
Freddie Green of the Count Baise Jazz Orchestra. Freddie truly mastered the concept that less is more...

First, -unbeknowest to them- what listener wouldn't want a variety plate rhythms to go along with they're plate of rich and clean or down and dirty guitar tones in a given solo?

In was early 90s I had the great pleasure of studying Jazz guitar with one of local unsung guitar teachers in the bay area, Warren Nunes. As many of his former students will attest, Warren had something many guitar players only dream of, Speed. But not just speed unto itself, no, Warren had blazing clear and clean speed via a special, persaonally designed, plectrum, contoured and rounded pick specially made by him and for a select few of his students but really it wasn't the pick that gave his speed. It was Warren and his technique with this special plectrum;  as clear as a bell a sound one that every note came through. He fashioned all this to his students with (rthroug) his Warren  WarNun method. However, as many of may know, the guitar fretboard isn't really a mystery once you break it down it very straight forward; in his approach Warren broke it down to 7 Patterns sound familiar? -7 Modes on the guitar. But Warren 's system is conveyed with his own left & right hand fingering system with interjected pulls, on decent, built for smoothness and clearity.  Warreen was pretty stick about administering his pattern and science, if you will, about learning his world of playing guitar. The War Nun System. You had to go Warrens way. And I did, well for the most part.

Warren had a way of putting things plainly into view for the jazz guitarist. Hence his saying that Scales (music scales) are found on fish, not in music....But before jumping into the War Nun Method world with Warren N. I had the great pleasure taking lessons from the super talented and one of the tastiest guitar players I know, Mr Adam Levi.  Adam Levi is a very active guitarist today with a successful sideman career working the likes or Norah Jones (her first guitarist) Grammy Winner with Tracy Chapman. But Adam is a Mr Tasty with smooth, always put together with perffect music sense... At one of my my early lessons with Adam there was a question that came out of mouth asking him " how come you don't play fast" on the guitar, His answered my question perfectly, because I don't hear music that fast'. as much as I enjoyed studying with Adam at the time he was coming up fast! I mean he was gigging a lot  but more than just around town but also he was getting calls from some heavyweight musicians and connected with Norah Jones and Tracy Chapman. *Suddenly Adam was available or in-town much for giving guitar lessons however keep me musically going by sending me hand written guitar lessons by snail mail -he was the best! But not long after, he literally became out of reach.

Of all the things that stand out about Warren Nunes' playing and his ideas about learning modern bebop guitar; his carefully layout handecrafted solos; more thsan once Warren worte out bepop solos to fit most any bepop or ballad tune I wanted to learn, he was veryu generous as a guitar teacher. But also  to jazz standards (often written specifially for an individual student) with every note and phrase But completly dissected like a doctor performing open heart sergery. But at the heart of it was his was his system of his 7 Diatonic Patterns which is simply enough & patterns splayed across the guitar fretboard in a mode like fashion but disregarded any beginning or ending point in terms of scales and modes traditionally used in music.


I remember being at a guitar lesson one afternoon before we started getting into his 7 Diatonic Patterns. I asked warren about scales and appling them to the on the guitar, he chukled, and said "Scale are on Fish, not the guitar". Now any serious student of Jazz guitar would beg to differ because knowing ones Modes and scales in music was like learning your our ABCs like a young child, which I still practice to this day. And no, the patterns aren't something that proabbly haven't been seen on the guitar befire because the is after all the guitar freaboard is layed out that if just write dots everywhere you have, say a C major scal you goine to see the same thing as Warren's patterns. Warren just gave you a beginniung and an ending point within his peramiter amitersmathamatically layed out But......... blazing speed to go alon I happened across one of his books at the Byron and Hoyt Music, south of market, a San Francisco,CA book store. It was small Bay area gold mine for hanging around and looking over sheet music for what seemed like hours at times. Anyway, I came across one of Warrens chords books. From there heard he was teaching teaching on guitar student at the time at Sher Music in San Francisco.

While I already knew a few things about guitar (power chords and my major scales...) I wanted to more about the world of improvisation, Jazz guitar chords chord melody and more than anything how to play and craft my own Bebop lines (up tempo) on the guitar, enough that I could hang with the fast moving fingers of a saxophone player at Jam sessions. Before taking down this local jazz unsung jazz hero
I

While studying lessons with one of unsung unsung hero of the Jazz guitar, the late Warren Nunes he would often say when the subject of applying scale to the guitar: 'Scales belong on Fish' or Scale Are on Fish'. -Say what? Well, ...for those of you that aren't familular with the Bay Area master guitarist originally from Hawaii, Warren Nunes then you may be in for a little surprise, because I would say Warren is definaely one of the great guitarst in the shadows of Jazz guitar players. something of an enigma; unfortunatley we lost at an early age